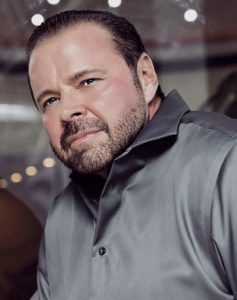 Ciro Dapagio. His entire life has been shrouded in mystery. His legal name does not represent his bloodline, but his pseudonym Ciro Dapagio does. Coincidentally, on both grandparents sides, in different generational periods, Ciro could trace his ancestry back to the same village in Naples, Italy.

Growing up on the streets of Miami, Ciro’s entire life he has been exposed to rackets of all kinds and the various organizations that exist there. South Florida itself was deemed open territory for all organized crime organizations and gangs. As such, Ciro uses his innate abilities to move within these circles, bringing him to the upper echelon of two different nationally known syndicate families (mafias).

His monumental move came in 1993, resulting in 100 million dollars profit for a major criminal organization. He was able to accomplish this through the manipulation of Floridian phone sex laws. His ability to identify and generate capital put him on the radar of all the Floridian rackets. He also had another a trait that was beloved- his ability to intimidate. Everyone knows that intimidation and making money goes hand in hand with alleged mobsters.

As a result of these activities, law enforcement busted him. He ended up with a sentence of 27 years for racketeering- serving only 19 of those 27 years with gaintime. Upon arrival to State prison, Ciro Dapagio was exposed to horrific conditions.

So Ciro Dapagio did what Ciro Dapagio always does; identify the biggest organization in the prison hierarchy (gang), eventually becoming one of its most prominent leaders. Rather than turn to a life of crime upon release, he put his stories into the most authentic portrayal of organized crime and gang life that will ever be brought to television- The MobKing.