The buzz in Hollywood is that the networks and the leading streaming services have all held back one or two shows that they want to release in Summer 2020 after things calm down following the Corona Virus outbreak.

With the public restricted to their homes so being forced to devour every possible show out there, network insiders are calling the shows “make or break” shows; if they are hits, they will drive traffic and create revenue that could save the emerging streaming market. According to a high-placed Hollywood source, the shows are the following:

The Walking Dead: World Beyond

There’s a surprising amount of mileage in a post-zombie world. On the shambling, decaying heels of Fear The Walking Dead comes yet another spin-off based on Robert Kirkman’s graphic novels.

This one’s set a decade after the original apocalypse and focuses on the next generation of survivors, the first to come of age on this nightmarish new Earth. Key to the story is ruthless paramilitaristic organisation CRM, who whisked Rick Grimes away in The Walking Dead season nine.

The strange crime story and spiritual follow-up to the famous Coen brothers film is coming back for season 4. Following the head of an African-American crime syndicate, we see an uneasy truce between Loy Cannon’s gang and a rival Italian outfit cemented by the two groups trading their oldest sons.

Expect more jet-black humour, casual violence, and financial skullduggery. Originally due for release in April, the current health crisis has put production on hold, so we could have a little wait on this one. 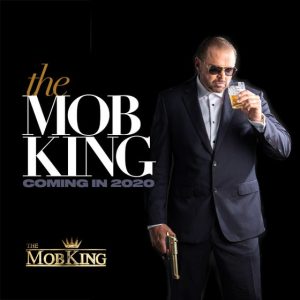 “The MobKing” is a dramatic, visceral and poingnant series based on the world of corruption, murder and organized crime in modern Florida.

The show was created by Actor and writer Ciro Dapagio, who stars as the lead protagonist and fan favorite, “Mike White” who has his own vision of how Florida should be run and who controls his destiny; a vision he planned during his previous years of incarceration for racketeering.

Upon Mike’s release, he starts to challenge all legacy agreements “a la Count of Montecristo” and a clash of the old and the new violently unfolds on screen, providing the viewer with an explosive insider’s look at the nexus between organized crime and cartels through the eyes of Mike White, who takes the audience on his hero’s journey in the underworld. Many Hollywood insiders feel this new show could be a breakout hit.

Who ya gonna call? No, update your speed dial – there’s a new ghostbuster on the block. Nick Frost is Gus, broadband engineer and part-time paranormal investigator. Leading a team of spook-crazed amateurs he stumbles upon a conspiracy that could trigger Armageddon.

There’s a tantalizing whiff of The Wicker Man about this mysterious new drama from Dennis Kelly, creator of conspiracy thriller Utopia. Set on a remote island off the coast of Britain, it’s split into two parts over six episodes – Summer and Winter – as Jude Law and Naomie Harris encounter a local population intent on preserving the old ways… This unhelpful contribution to the UK’s rural tourism industry comes courtesy of HBO and Sky.

The first live-action Star Wars TV series returns for a second season in fall 2020. if you haven’t seen the season one finale, but this new season is likely to focus on the search for Baby Yoda’s home planet, as teased extensively in the closing moments of Chapter 8.

Maybe we’ll finally learn the name of Yoda’s species this year. Or, maybe this is just a fun framework for some more high-grade and stylish Star Wars TV adventures from talented directors, which suits us fine.

“Smoking Gun” is the brain-child of award-winning producer and writer, Sutish Sharma of New Street Pictures. The manuscript was considered one of the hot properties a few years ago due to its adaptability to the television series format and it’s cutting edge subject matter.

In 2016, Mr Sharma, the creator of the project, sold the rights to Hollywood producer, Pat Andrew, who helped arrange financing and worked with Mr Sharma as a creative partner to get the show exclusively released on the world’s biggest streaming platform.

“Smoking Gun” follows the fictional FBI investigation of a civil rights murder in Los Angeles during the turbulence of the 1980s. The case leads the show’s protagonist, a world-weary FBI special agent, to the Nicaraguan Contras and the inner sanctum of the Central Intelligence Agency and its connection to drug trafficking in Los Angeles.