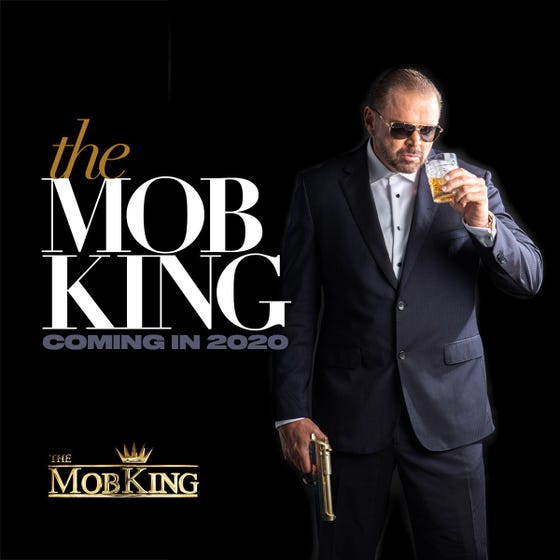 United States, California, Burbank – 04-24-2020 (PRDistribution.com) — MobKing, social media sensation and one of the most anticipated television shows of 2020 has announced a cutting-edge branding and advertising initiative which will include regional and international advertising via print media and outdoor advertising combined with a fully integrated social media brand equity building programme that includes TikTok, the immensely popular video sharing social network service which has become the most downloaded app in the USA for the 16-24 demographic group and is available in 150 markets and in 75 different languages

According to Alejandra Stoica, Merchandising Manager for Wanda-Halcyon Television-“MobKing has been hugely successful at capturing the 25-54 demographic group but wanted to expand into the younger demographic and being pro-active in TikTok gives MobKing the ability to influence and attract that age group. We felt that the 16-24 demographic group would really connect with MobKing star, Ciro Dapagio, who is a rare combination of artistic talent mixed with ferocious street credibility. Ciro Dapagio was a former member of American organised crime in Florida, he served his time, wrote and created the original MobKing series and gave up the racketeering life. The television show, MobKing, is based on his life experiences.

According to Sutish Sharma, one of the producers for Wanda-Halcyon Television, “We are thrilled to announce the awarding of the advertising contract to Hormiguea, a young hip Spanish agency, to create and oversee the advertising and social media brand-building initiative. Hormiguea is considered the “go-to” agency for American productions when they want to do advertising and promotion in Europe”

TikTok just announced a partnership with the US National Football League (NFL) which they hope will bring new marketing opportunities such as sponsored videos and hashtag challenges. TikTok also recently announced a joint venture with Modern Sky Rock Festival, the largest music festival in China.

In an interesting twist of fate, former Wanda-Halcyon chief, Pat Andrew, was one of the original investors in Musical.ly which was a social media video platform that allowed users to create music and comedy videos . Musical.ly was purchased by TikTok in 2018 and merged with the company. Andrew, also the executive producer of MobKing, feels that there could be great synergy between Ciro Dapagio and TikTok users and vast potential for integrated marketing.

According to Andrew-“I think that in six months from now, we will see Ciro Dapagio and MobKing being influencers on these emerging social media platforms which will not only be great for the platforms but also increase our viewership of MobKing’

Information contained on this page is provided by an independent third-party content provider. Frankly and this Site make no warranties or representations in connection therewith. If you are affiliated with this page and would like it removed please contact pressreleases@franklymedia.com