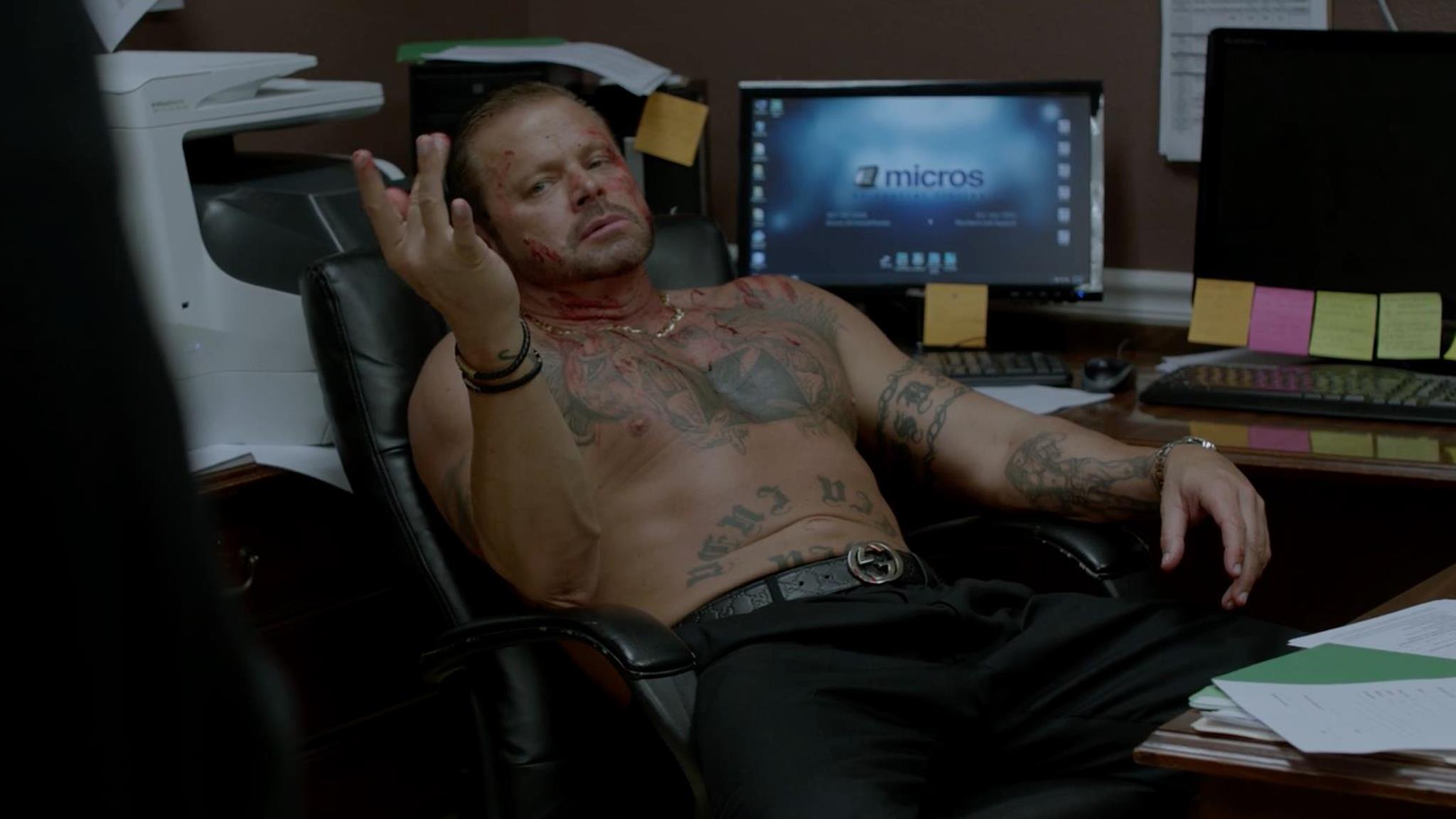 WHY YOU SHOULD CARE

Because who better to play a convict than a real convict?

Take 10 minutes right now and go watch The MobKing. As gritty as The Wire and as gangster as King of New York — and teeming with classic Scarface energy — this new web series comes with a groundbreaking premise: A just-released convict, Mike White, is played by an IRL just-released convict (Ciro Dapagio). We’re talking a triple-OG-certified mobster, who now plays one on camera.

It’s a criminal tease on film, and that’s what makes it so refreshing. Viewers are treated to a glimpse into the life of a man conflicted: White wants to do right by his family, but can’t leave his previous life behind. He wants to go legit, but he keeps getting sucked back in. White does bad things, and on his own terms, but he isn’t necessarily evil. All the while he’s dealing with the typical mobster familial affairs — it gets downright vicious between White’s wife and daughter, who has daddy issues.

WITH A COOL AND JAZZY AF ’70S SOUNDTRACK AND A SLEEK, PROFESSIONAL LOOK, THE SHOW COMES ACROSS LIKE SOMETHING YOU’D SEE ON HBO OR SHOWTIME.

The MobKing is a serious drama that displays a multitude of talent, including Antoni Corone, the longtime character actor who’s appeared in A-list Hollywood features like Bad Boys 2 and We Own the Night. (Corone also directs the series, sharing duties with Jokes Yanes.) After hearing the idea for The MobKing, which Dapagio conceived while he was doing time (almost 20 years) in the Florida Department of Corrections, Corone decided to jump on board. And it’s become a hit. Since the first episode aired last summer, The MobKing has had 165,000 views on the series’ Facebook page.

Maybe that’s partly because with a cool and jazzy AF ’70s soundtrack and a sleek, professional look, the show comes across like something you’d see on HBO or Showtime. (The first five episodes, averaging around 10 minutes each, are available online.) From the slick cars to the big houses and all the limelight that a series filmed in Miami can afford, The MobKing is visually stunning: grandiose and epic and violent, with a raw, riveting, in-your-face lead character.

With 127,000 followers on Facebook, The MobKing is attracting attention like the big boys. “Everyone is like, ‘F TheSopranos, this is the new Tony Soprano,’” Dapagio says. “It’s kind of a little awe-inspiring.” Though Dapagio says he’s not an egotistical person and takes everything with a grain of salt, he’s amazed by the overwhelmingly positive response.

“Organized crime is such a slimy world,” he concludes. “People think it’s men of honor, but in reality it’s a bunch of megalomaniacs who only care about themselves. Everybody else is expendable.”